Looking for my gold spatula

Looking for my gold spatula

The gold spatula - an undeniable sign of retirement for a chef

Who throws you a retirement party when you are self-employed?

I just want my gold spatula.

Yes, what I’m trying to say, is that after nearly six years as a personal chef (The Incredible Chef!), I have decided to “retire” that business.  It was a decision long overdue, because I essentially had stopped working as a personal chef awhile back anyways, when most of my clients stopped booking cooking dates, didn’t return my calls or pushed their appointments farther and farther out. I think my business knew it was done before I did.

However it took some time to come up with the retirement concept, since I am not “of that age”, despite what the hair color in my photo might say (very premature, I promise!)  Originally, I decided to put my personal chef business six feet under, send it swimming with the fishes, declare it dead as a doornail…you get the point. I even mentally planned a “funeral”, wrote a faux obituary, thought about details for a wake – but no, that was not the answer.

Retirement.  That’s what Brett Favre would do…(I apologize to my non-football friends, few of you as there may be)  Retirement sounded much more kind and gentle and acceptable – and like my man Favre, I could change my mind someday and come back.  Even more than once.  Doubtful but yet a possibility.  So retirement it was.

So where the hell is my gold spatula?

I drafted a short email message to distribute, letting everyone know the update – since I know they were all sitting on pins and needles.  Or not.  Funny thing about these kind of emails – people that you haven’t heard from in ages come out of the woodwork and say nice things about you!  Very nice…almost like listening to your own funeral – oops I mean your own retirement party.  Nevertheless, the comments were kind, sincere and made me feel quite appreciated.  And then it happened.

Within the first 24 hours of drafting my “retirement” email, I received not one, not two but FIVE phone calls asking me if I was available to cook that week.  WTF??  Is this some kind of cosmic joke, I wondered.  Where have all you people been and why did you wait so long to need me?  And it should be noted, NONE of these five people had gotten wind of the retirement announcement.  Weird. Odd. Funny. Sad. Lots of emotions.

I had to wonder – what was the message in this?  Were these calls a “bright shiny object” luring me back into cooking before it was too late? Or were these calls “a test” to see if I really meant it (retirement)?  It was a difficult couple of days analyzing the signs but I’m pretty sure I know the answer.

To further illuminate, the reason I finally retired the personal chef business was to concentrate fully on my developing marketing/social media consulting business for restaurants and the hospitality industry.  I had been juggling cooking and consulting the past six months and neither emerged as the bread-winner (so to speak) and neither was thriving.  So I made the decision to fully give up one (personal chef) to let the other one bloom.  Didn’t that happen in Sophie’s Choice? But I digress…

I will add that I received another three calls that week (for a total of 8!), after the retirement email was distributed, asking me to cook again.  Unreal – but easily identified as more bright shiny objects.  I think.  I have fully focused the past week or two on the consulting business and felt both a renewed energy (from me) and renewed interest (from others), so I know I’ve made the right decision.

But I’m still waiting for my gold spatula… 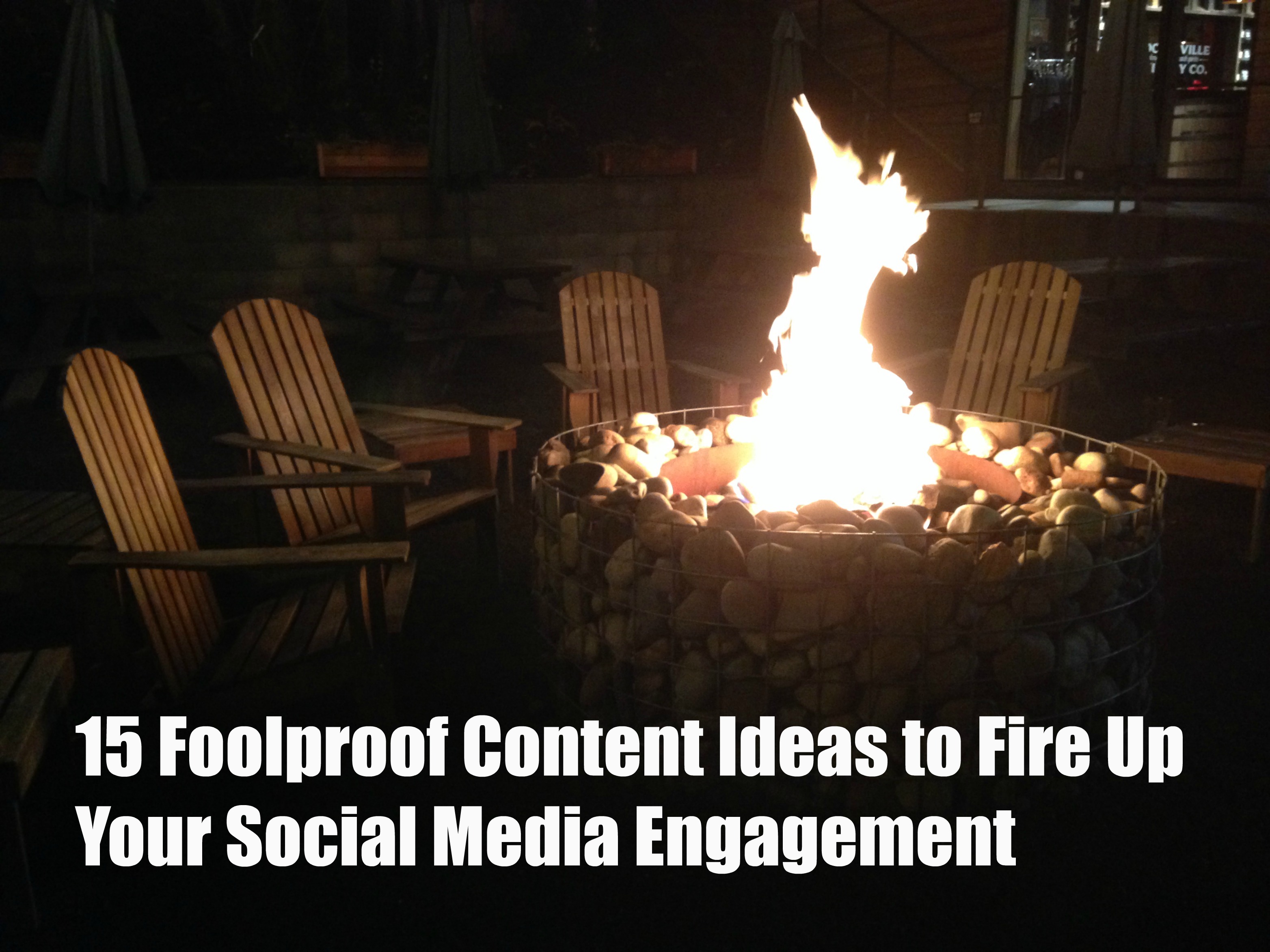 15 Foolproof Content Ideas to Fire Up Your Social Media Engagement

4 reasons you must read “Branding Basics for Small Business”